The following article is the work of Jason F. Wright and the original post can be found on his blog here.

I remember the first time I put on a Scouting uniform. My mother hadn’t even ironed on the patches yet, but as a young Cub Scout, the shirt had the unmistakable power of making me stand a little bit taller.

One day a week I took a different bus after school, one that would drop me off near our den mother’s home in Charlottesville, Va. I loved to sprint the two long blocks to the divine Doneitta Quillon’s house to meet my fellow young rabble-rousers. Doneitta put up with so much, was so patient and long-suffering, she could have taught the prophet Job a thing or two. 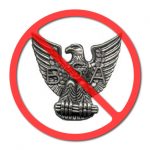 I progressed through the program, earning merit badges and developing friendships. Once I advanced from Cubs to Boy Scouts, however, my interest began to wane. I plodded along, but life presented distractions that were difficult to ignore. I discovered cars, music, tennis and theater. Most importantly, I learned that my parents had been involved in a great conspiracy, a cover-up, a scandal that rocked our family to its core.

Girls, it turns out, were not as repulsive as I’d been taught.

By the time I turned 16 and should have been knee-deep in an Eagle project, I was beginning to date, drive and immerse myself in after-school activities. During that same year, I said goodbye to my father, which only added to my excuses for drifting away from the Scouting program.

Even when I did attend Scouts, nothing was exciting enough to keep me there. Campouts were too structured, meetings too rigid and the uniform I’d worn with pride looked out of place under my ultra-cool stonewashed denim jacket.

I recall with embarrassment when a good friend invited me to help with his Eagle project. I agreed to assist, but when I arrived on site, the landscaping and beautification objectives seemed too small, too insignificant.

“This is it?” I thought, and at the first opportunity I disappeared to comb the mall for friends and oversized salted pretzels.

It’s not that I didn’t want to serve or do good in the world; I did. I’d grown up seeing my father perform the most incredible acts of service. I saw lots of little ones: opening doors, changing tires and giving rides, but it was his heroic made-for-TV moments I most admired.

I was less interested in the Scout slogan of doing a good turn daily and more keen to change the world all at once. I was convinced that I was bigger than the program. I didn’t need a handbook to tell me what to do; I could figure it out on my own, thank you very much.

But while I waited for opportunities big enough for my vision of service, my vision missed the small moments my Scouting friends seized each and every day. Those who became Eagle Scouts while I was just a spectator on the ground didn’t just recite the Boy Scout oath, they lived it.

Their eyes were constantly open to service, and it didn’t matter whether anyone else was watching. It certainly made no difference whether or not they’d earn a merit badge for their efforts.

They were strong and noble. They were Eagle Scouts.

It’s been 20 years since my decision to let the Scouting program pass me by. For most of those years, I didn’t wonder what could have been. But today, now serving as a Scout leader and with a brand new Cub Scout of my own at home, I regret how much longer it’s taken me to appreciate the art of service.

Nevertheless, despite the time and hurdles, I’m pleased to say that I’m finally getting there. Through family, research and writing, I’m learning the value of daily sacrifice, the blessings that come from performing small service miracles every day.

So as I watch my son embrace Scouting the way I first did, I pray the passion continues into his teens.

As I cheer him on, I hope he is motivated to become an Eagle one day. Not because I want it for him, and not because the award itself will change his life, but because being an Eagle Scout is a signal to the world that you’ve learned the most valuable lessons of life much earlier than most.

My son knows I would give anything to go back in time, to put on that shirt with all its colorful patches and to stand a little taller. But he also knows that while I cannot relive the past and become an Eagle Scout, I can sure live like one. And so can you.

As I treasure his long ride from child to adult, I will remind him that becoming an Eagle Scout is not the end of becoming a service-minded man, it’s the beginning.